Seattle has been sister cities with Gdynia, Poland since 1993. The Seattle-Gdynia Sister City Association sponsors a number of events locally. The SGSCA has organized and sponsored the annual Seattle Polish Film Festival every year since 1992. The Association is also a sponsor of the Polish Seattle Festival and an annual picnic. In addition, the Association makes it possible for student exchanges between the two cities. The Association has also facilitated the sending of supplies to an orphanage in Gdynia, including computers, books, clothing and toys. Due to the strong relationship between Seattle and Gdynia, business and civic leaders are routinely sent to visit their counterparts in a free exchange of ideas.

Gdynia In History and Tourism Today

Gdynia historically was a small seaside village first mentioned in the 13th century. By 1789 there were only 21 families living there. The village began to attract tourism as a resort destination in the early 1900s. The resolution of World War I changed Gdynia forever. The Treaty of Versailles in 1919 re-established Poland as a state and gave them sea access through what is known as the Polish Corridor.

The city of Gdansk was at that time known as the Free City of Danzig under the protection of the League of Nations and not part of the new Polish state. Although Gdansk had a functioning port it was politically expedient for Poland to build a new port within its border. Gdynia was perfectly situated to become the sea port for the fledging Polish state. Construction began in 1922 and Gdynia was the major Baltic port from 1924 until 1939. The port was largely destroyed during World War II but was quickly rebuilt afterward.

Today, Gdynia has a population of approximately 245,637. Unsurprisingly, some of the biggest attractions of Gdynia are related to its maritime history and seaside location. Modern cruise ships are an important source of income for the city. During the summer cruise season of 2017 there were 41 ships who docked in Gdynia, bringing with them an estimated 90,000 passengers who dined at local restaurants and visited tourist attractions. One such attraction is Dar Pomorza (Gift of Pomerania), also called the “White Frigate”, a three-mast tall ship built in Hamburg in 1909. Dar Pomorza its final voyage in 1981. Today, the ship is moored in Gdynia and is open to visitors, although the ship belongs to the National Maritime Museum in Gdansk.

The tall ship Dar Pomorza in the Gdynia harbor.

Nearby is the ORP Blyskawica, built in 1937 and the oldest preserved destroyer in the world. During WWII the destroyer participated in many combat missions and was awarded with the Golden Cross of the Virtuti Militari Order, Poland’s highest military decoration for heroism. Since 1976, the ship serves as a museum. Some visitors are fascinated with its valiant military history, while others are interested in its construction and engineering.

Gdynia has much more to offer, though. The Gdynia City Museum covers the relatively brief era of the city’s modern history and gives insight into what life was like during both Nazi and Communist occupations. The Emigration Museum, opened in 2015, explores the phenomenon of Polish emigration and answers the questions of how, where and why. It is estimated that over 20 million Poles have emigrated, making them the 6th largest diaspora in the world. Finally, if you want to simply relax, there are several public beaches to choose from, a walking promenade and the Orlowo wooden pier. 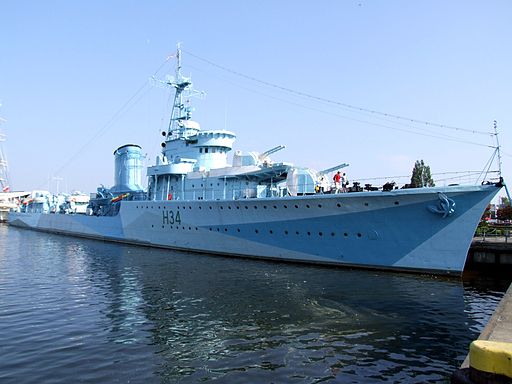 In 1956 President Dwight Eisenhower started Sister Cities International as part of a White House conference on citizen diplomacy. The broad idea behind developing sister city relationships is to create a person-to-person exchange between Americans and citizens of other countries based on educational, cultural, information and trade exchanges. Americans can and should learn about and celebrate differences that we have with communities around the world, thus creating new friendships and hopefully playing a small role in making future world conflict less likely.